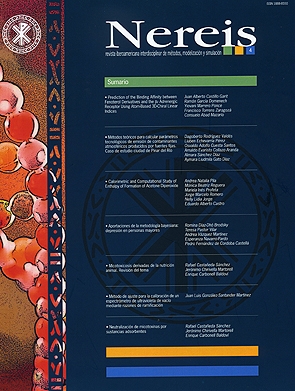 This study focuses on the relationship between the depressive symptoms in the elderly people and the variables of age, gender, marital status, cognitive impairment, physical dependence, coping style and psychological wellbeing. It also pretends to find the probability of occurrence of these variables, both in presence and absence of depressive symptoms. The sample of this survey was composed by 66 adults older than 65 years. The instruments used to collect the information were, the Vocabulary Test from the Wechsler Adult Scale-III, the Geriatric Depression Scale of Yesavage, the Stress Coping Questionnaire (Sandín y Chorot, 2003), the Psychological Well-Being Scales (Ryff), the Mini Mental State Examination and the Barthel Index. For the analysis of the data, a descriptive test and correlation and probabilistic models, specifically Bayesian networks were used. The results show that, for our sample, there are not relationships between depressive symptoms and the variables of gender, age, marital status and physical independence. The variables of cognitive impairment and coping strategies of open emotional expression are directly and positively related to the absence of depressive symptoms. The variables of psychological wellbeing and coping style, focused on problems, are negatively correlated with the presence of depressive symptoms. This work opens new paths for promotion and prevention of mental disorders in old age and also implements a novel instrument in the area of psychology, namely, Bayesian networks